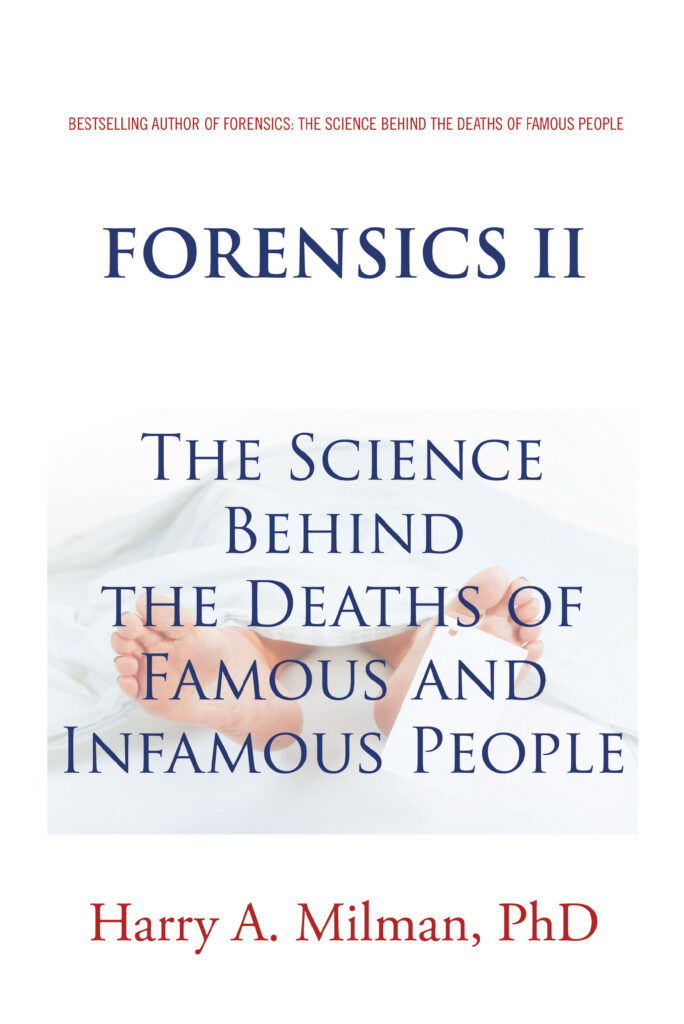 by Harry A. Milman PhD

George Washington, the former first president of the United States, lay in his bed suffering from a high fever, a raw throat, and labored breathing. His three physicians milled around his bed, treating Washington with blisters of cantharides, tartar emetic, and bloodletting, removing nearly 40 percent of his total blood volume and causing excruciating pain. When Washington finally was relieved of his misery and died, the three doctors could not agree what caused his death. Forensics II: The Science Behind the Deaths of Famous and Infamous People reads like a mystery novel, presenting biographical and scientific information that helps readers understand how medical examiners-coroners utilized forensic analysis to determine the causes and manners of death of thirty-six famous and infamous people, including Napoleon Bonaparte, a French military leader and politician; Charles Whitman, the University of Texas tower shooter; Bruce Lee, an actor and martial artist; Kurt Cobain, the lead singer of Nirvana; Jim Jones, a key figure in the Jonestown massacre; Aretha Franklin, a singer-songwriter; Alexander Litvinenko, a former officer of the Russian Federal Security Service; Jeffrey Epstein, a financier and convicted sex offender; and many more. The book is based on a review of publicly available autopsy and toxicology reports, published lay articles, and the scientific literature. Of the deaths reviewed, 39 percent were due to natural causes, 19 percent were accidental, and 6 (17 percent) were suicides. The remaining deaths comprise three cases each of homicide and justifiable homicide by police, one case of court-mandated execution, and three cases in which the manner of death was undetermined.